The health resort getaway of the early 20th century 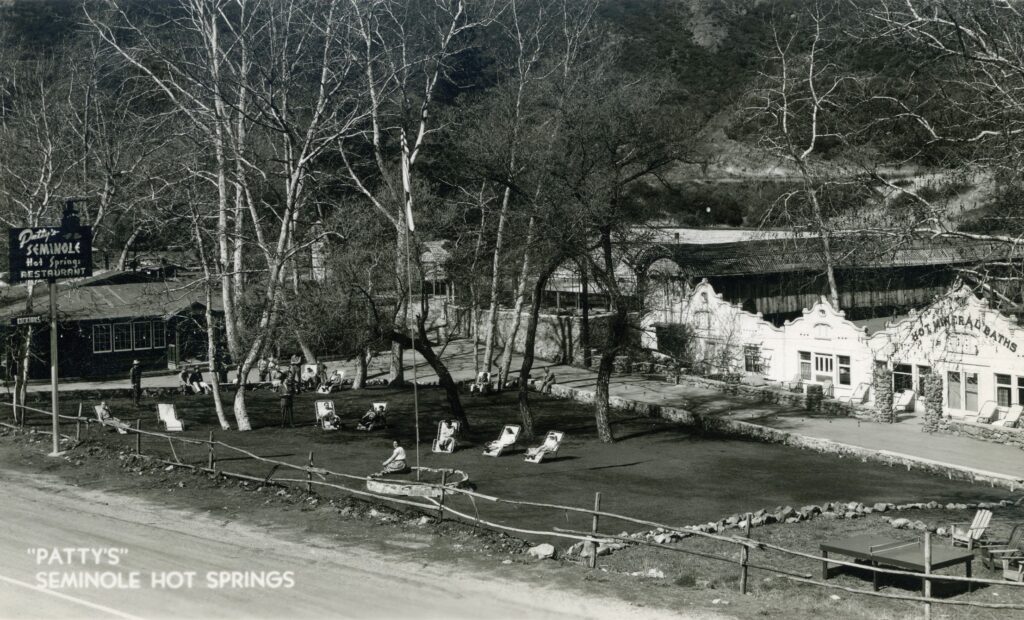 Today’s luxury wellness retreats in the Santa Monica Mountains and Malibu may owe their heritage to Seminole Hot Springs, which drew thousands every weekend in its heyday a century ago.

Tucked away off what is now Mulholland Highway in the Cornell area southeast of Agoura Hills, the Seminole Hot Springs health resort came to life after speculative oil drilling instead revealed 116-degree mineral water rivaling that of Eu­ropean spas.

The exact details of the founding of Seminole Hot Springs resort are unknown. A 1922 advertisement offered the oppor­tunity to stay in new, furnished cabins for $15 to $25 per week with access to hot mineral water as a cure for “rheumatism, stomach, liver, kidney and kindred troubles.”

Since the 1850s, Americans had been infatuated with “taking the waters” in a quest to heal myriad afflictions. Hot springs resorts were just the ticket, and they sprang up across the country through the early part of the 20th century.

Part of the allure was getting out of the city, and brochures provided detailed routes from Los Angeles to the enchanting Santa Monica Mountains property, promising that the resort could be reached easily in a drive of just over an hour.

Residents, tourists and folks in the growing motion picture industry flocked to the site to enjoy the curative Roman-style walk-in baths, with separate sections for men and women, along with “sweat rooms,” massages, dining and a lodge with a fireplace and dance floor.

At Seminole Hot Springs, billed as “The Palm Springs of Los Angeles,” business took off through the 1920s. In a 1928 Los Angeles Times article, proprietor F.L. Porter boasted the largest fall and winter attendance in the resort’s history, plus improve­ments including “a horseshoe lunch counter, an enlarged re­freshment stand, parking space for 500 cars, an oil station and new electric light plant.”

Vacation-style offerings included picnic grounds, hiking and nearby horseback riding, or a short jaunt to Malibou Lake. Visitors could cool off year-round in a 70-degree mineral water pool, or “plunge” as it was coined in the day, which by 1929 had been expanded to Olympic size.

In this 1950s photo, visitors take in the sunshine and mountain scenery, but the resort’s popularity was beginning to wane. The value of mineral bath therapy was never proved, and the novelty of public bathing had long worn off as Americans shifted toward more active vacations now possible with high­way and air travel.

A 1950s brochure attempted a rebranding of Seminole Hot Springs as a sort of relaxed country club, but by 1959 it had closed. The property was razed and quickly got a new lease on life as the Seminole Springs Mobile Home Park. Today, the close-knit community is striving to recover after losing half its homes to the Woolsey fire in 2018.